An increase in the core body temperature leads to the production of proteins (cytokines), which play an important role in the immune system. Production begins shortly after the application of whole-body hyperthermia and only normalises after 48 hours.

One of these proteins is interferon-gamma. It has immunostimulating and anti-tumor properties.

It is mostly used in combination with other therapies in order to improve treatment efficacy and response rates. In oncology, hyperthermia can act as a potent sensitizer, especially for chemotherapy and radiotherapy.

But Hyperthermia can also refer to heat treatment – the carefully controlled use of heat for medical purposes. Here, we will focus on how heat is used by Verita Life to treat cancer.

When cells in the body are exposed to higher than normal temperatures, changes take place inside the cells. These changes can make the cells more likely to be affected by other treatments such as radiation therapy or chemotherapy.

Very high temperatures can kill cancer cells outright in more focused approaches, such is the case with Local Hyperthermia, but they can also injure or kill normal cells and tissues. This is why hyperthermia must be carefully controlled and should be done by doctors who are experienced in using it.

Our Medical Director Dr Adem Günes is a well-known pioneer in the field of Hyperthermia. Verita Life’s patients benefit from his unique protocols. We can help patients get all the tools they need to help obstruct and destroy cancer cells in a controlled and safe environment. 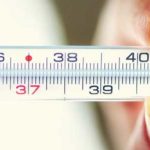